The first reason why you can't play MKV files on Windows Media Player is, it's not a MKV video player by nature. In that case, WMV (windows media video) as the native video format of the Windows platform, is backed up by Microsoft to turn against MKV codec for quite some time, posing a rivalry stand to each.
Then on the OS level, the upgrade to Windows 10 indeed claimed openness to MKV codec for Windows Media Player;
On the software level, Windows Media Player 12 shows no intention for MKV codec at all, not neither for other popular audio codec like FLAC.

- So how to install MKV codec for Windows Media Player to watch MKV videos and more? Before directly taking you to the download address, please take a look at other ways to play MKV files on Windows PC.

5KPlayer VS MKV Codec for WMP, which is better?

- 5KPlayer is easier-to-use: 5KPlayer, being an universal MKV player for Windows 10 takes, with a neutral stand between Microsoft and MKV Codec, guarantees the highest compatibility to support them both. However, external MKV codecs for Windows 10 like CCCP or K-Lite, when compared to siblings like WMP (Windows Media Player) and WMV, is but an outsider.
- Manual installation is complicated: Installing an external codec pack for Windows Media Player on Windows 10 takes up more storage than a self-integrated MKV player, and may be bundled with malware unless carefully scanned. That being said, 5KPlayer is rather economic, especially when it integrates a full catalogue of codecs - just what a full codec pack can do - the supported video formats aggregate up to 60.
- Native MKV support is reliable: Due to the frequent Windows 10 upgrades, and Windows Media Player upgrades, your old MKV codec pack may have trouble in comatibility, thus landing in WMP not working. However, you won't run into such problems as 5KPlayer is shipped with permanent free upgrade for the latest Windows OS version.

There are other problems, like MKV codec for Windows Media Player on Windows 10 unable to install. To make things easier, you can just rely on a self-integrated free MKV player. Also take a look at the top 10 MKV players for windows 10 before finally making up your mind.

Recommended below are the 3 more popular codec packs for WMP, you can take a look at the review to find out which one suits you most:

- A slim set of audio and video codecs to facilitate the playback of Matroska files on Windows PC and also extending the decoding list to most-used video and audio format.
- Its lightweight structure deems itself not to be an inclusive codec pack for Windows Media Player, but all components included are practical.

How to install MKV Codec for Windows Media Player?

# How to Install Full MKV Codec Pack? Default installation of the abovementioned codec packs bunch installs every codec for your Windows Media Player, including some rare video format like .*vfw, .*iv, and .*vro. The occupied storage saddles PC speed while you mightn't use these codecs at all. So better not choose Recommended Installation unless you work professionally with video codecs.

# How to Customizable Install MKV Codec? Set the unecessary codecs/filters aside and handpick the MKV codec for Windows Media Player to install. This options saves you space flexibly given that you have previous knowledge on the purpose of each codec and filter.

However, if either of the method suits your favor, take a look at the recommended 3 ways to play MKV files on PC where more options are available.

Note: Though you can stick to the Windows Media Player 12 and select one of the MKV codec packs recommended above, please be noted: It's really advised to opt for a video player that CAN support MKV - Being one of the most popular video format online, getting one video player with native MKV supprt is indeed a wiser choice. To that end, check out this best free MKV player - 5KPlayer, and learn how to use it to play Matroska videos without blemish.

How to Play MKV Without MKV Codec for Windows Media Player?

Easiest way - A free MKV player for Windows to tackle MKV playback problem once and for all. Plus, seas of MKV movies are available to download with this all-in-one HD video downloader for Windows 10.

Step 2 :Insert the MKV file to play without installing any MKV codec for Windows Media Player.
a. Drag and drop MKV videos to the main interface directly;
b. Click "Video" to add the target MKV files;
c. Import MKV file to Windows PC by navigating to "File -> Open Media File with 5KPlayer".

Tips and Note:
While watching, you are free to add external subtitles or switch audio tracks, rotate the MKV video, or even convert MKV to MP4 videos on Windows 10. 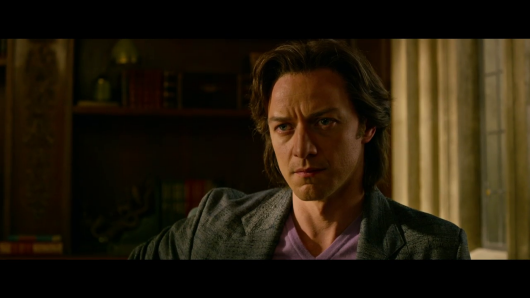 How to Convert MKV Videos to MP4

Step 1: Find the MKV video you want to convert to MP4 from media Library.

Step 2: Hit the "Conversion" button next to each video thumbnail, choose MP4.

Now, proceed to convert MKV videos to MP4 so that you USB sync and watch it on iPhone, iPad or Android.

A well considerate MKV player configures video format demand in planning all from the beginning, not crediting the habit of adding troublesome packs after codec supplies day in day out. Ascending from the sleek performance in MKV, MP4 playback, H.264 and M2TS playback, 5KPlayer deploys the video enhancing technology for the best.

Windows Media Player Codec Access to more wmp codec pack is detailed in this article, and you can play MP4, MOV, AVCHD or even DVD on Windows 10.

VVC Video Codec Free DownloadLearn how to download VVC video codec here to help play videos that are encoded based on the brand-new Versatile Video Coding (VVC) standard on computer.