5KPlayer > Video Music Player > What is A Codec Pack

What is A Codec Pack?

Have you ever been in a situation where your computer refuses to play certain video/audio file and prompts you to download a codec pack? If so, you must have at least some idea about "what is a codec pack" on earth. Just follow this article to get a comprehensive understanding of codec pack, and make sure your computer will be able to play anything in the world.

5KPlayer is the best free codec player supporting almost all audio video codecs in the world, from MP4 to MKV/Blu-ray, and MP3 to OGG, freeing you from all the troubles caused by codec pack installation once and away! Just give it a try.

The Defination of Codec Pack

To learn about "what is a codec pack", you must firstly know what a codec is! Put it simply, a codec is a program created to encode or decode digital data into something that your computer can understand and play. Figuratively, a codec is like a key and the video audio format is the lock, so to open a video/audio, you need the right key.

A codec pack, just as its name implies, is a collection of different codecs that enable the operating system (Windows/Mac/Linux) and its software to play various video and audio formats generally not supported by the system or the software itself. With codec packs, you can strengthen your computer with a number of different codecs at one installation. Basically, a codec pack contains the most wide-used audio video codecs such as AVI, DivX, MPEG-4 (.mp4/.m4v/.m4a), MPEG-2, FLV, MKV, MP3, OGG, FLAC, etc. Some more advanced codec packs also include lots of obscure codecs like AC3, ALAC, AMV, MPC, XM, OFR, OFS, and so on.

Why Do We Need Codec Packs?

Plenty of media player software including the most popular GOM Player, Windows Media Player, QuickTime, and iTunes are embedded with very limited audio video codecs, and completely powerless when playing some audio video formats. Take Audio Video Interleaved, i.e. AVI file as an example, it can contain data that is compressed by any of a number of different codecs, including the MPEG-2, DivX, or XviD codecs, as well as the data not compressed by any codec. Consequently, you might be unable to play some AVI files if you just download one codec. Unfortunately, there are lots of video audio formats like that! Therefore, you need to download codec packs to beef your player up!

Having learned some knowledge about "what is a codec pack" and why we need codec packs, you may wonder "should we download codec packs or not". Read on carefully and then make your own decision.
Codec packs allow you to install amounts of different codecs to your computer at once, so you don't have to find each one individually. Sounds awesome, right? Unfortunately, they tend to cause more problems than they resolve. For instance, they are likely to conflict with other programs, become the hotbeds for adware and spyware, and even corrupt your operating system. So for the majority of people, we strongly discourage to use that sort of things.

Alternatively, you can turn to a much easier and more pleasing option - download a robust codec player with numerous self-contained codecs. 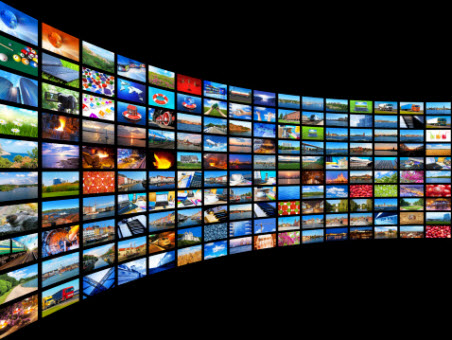 Is There A Media Player with All Codecs Built In?

Off course!5KPlayer certainly is what you are eagerly searching for. This new rising media player is the easiest and least-frustrating option for those who desire to play almost any video or audio but do not want to bother themselves with the risk of installing downloaded codec packs. It works with almost all codecs such as MPEG-4, H.264, H.265 (4k, 8k), DivX, FLV (flash video), AVI, MKV, M2TS (blu-ray), MPEG-2, MP3, AAC, AC3, OGG, FLAC, and so on.

Better still, all these built-in codecs won't conflict with anything on your operating system, nor do they require any kind of separate management or updating on your part. In other words, this free codec player is powerful enough to help you play any video audio files you run into, and is the easiest way to get full video and audio compatibility on your computer based on Mac or Windows.

Step 2: Choose the target media file you want to play.

In addition to video audio playback, 5KPlayer enables you to free download videos from Facebook, Dailymotion, Vimeo, and 300+ online sites at superfast speed. More amazingly, with built-in Airplay sender/receiver, this free codec player also allows you to stream video audio from iPhone iPad to Mac/PC, or from Mac/Pc to Apple TV.