This system-wide new feature, now taken as a potential killer of Snapchat, can record everything on iPhone's screen without time limits: videos, music, in-APP operations, and pretty much everything you can do within the scope of iOS 15/14/13.

However, you're not the only one who can't record screen properly on iOS 15/14/13, let alone other annoying bugs like iPhone hot when recording screen. There's no need to worry, just follow the steps below to solve screen recording iOS 15/14/13 not working.

Now free download world's NO.1 screen recorder iOS 15/14/13 if the software's native recording is driving you nuts! 5KPlayer helps you easily record everything you do to iPhone, iPad on iOS 15/14/13, all in original quality & adjustable volume. Just get a smooth copy of iOS 15/14/13 gameplay, APP demo, etc with the free screen recorder to help!

This introduction of iOS 15/14/13 screen recording, while addressing the long-standing expectation for the much-asked function, still may cause some problems as of iPhone getting too hot, which might shorten the life span of your iPhone if used too often.

Tips and Notes: Make sure that you're with the latest version of iOS 15/14/13 before you enable screen recording on it. 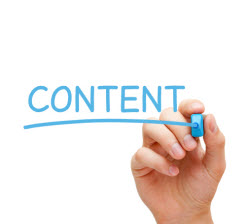 "After creating 3 video clips using the new function, iOS 14 screen recording won't work however many time I swipe up for the Control Center > tap on the red record icon ... How can I get it back?";

By design, Apple's brand-new screen recorder let you choose whether or not you're to record both the audio & video, and good news is that AV record at this stage remains pretty in-sync. If you run into the problem of iOS screen recording no audio, check whether you've somehow disabled "Microphone Audio". If yes, tap on the blank white circle to enable voice input, but you'll need to re-do the screen record all from the start.

"My iPhone 5s is heating up every time I tempt to use screen recorder iOS 14. What should I do to stop it from exploding!";
----- Jeremy from DearMob's Disqus Forum

Overheating is nothing so serious for iPhone, but there's a reason to stop your iPhone from getting warm much too often. Here're 3 useful fix if your screen recording iOS 15/14/13 also brings unwanted temperature to the device:

Step 1: Stop Bluetooth and GPS service if you don't need them during the record. These 2 are the most important heating factors for iPhone. On iOS 15/14/13, you can turn Bluetooth off in the Control Center, and visit Settings > Privacy > Location Services to turn it off.
Step 2: Unplug iPhone if it's charging until it cools off.
Step 3: Reboot iPhone > start screen recording all over again.

Sorry to say this but some of the age-old iPhone & iPad models aren't good to go with iOS 15/14/13, here's the list: iOS 12/11 screen recording won't land on 2012's iPhone 5, iPad 4th generation and 2013's iPhone 5C, or earlier devices, and iPhone SE/6 and earlier won't process iOS 15/14/13 screen recording as well, that been said, if you forced the install but recording crashes on one of the above devices, please simply switch to a newer model to try on the new trick.

However, if recording fails half-way, please refer to the resolve in #1 to help iPhone recover.

There're 2 ways to end and record: Re-tap the record icon in Control Center or tap on the blue-head-bar > click on Stop for to stop screen recording. The newly-generated video will be saved to Photos > Camera Roll, with an add-on trimming function like you can do with a recorded voice memo: To edit a length of a screen record, tap on the bottom-line edit icon > manually adjust the number of frames to save out of the record (adjustment is valid when the outline turns yellow) > then tap on Done > Save as New Clip. However, we've not discovered other annotation support alongside this basic trimming function on iOS 15/14/13 screen recording.

How to Update to iOS 13 iPhone iPad Guide>>

Step 1: Connect iPhone & computer to the same Wi-Fi, swipe to get the Control center before you tap on AirPlay > Mirroring, which helps you mirror iPhone to computer/mac.

Step 2: When you see the mirrored iPhone screen on computer, click on the "screen recording" tab of 5KPlayer, where you may start to record iPhone screen.

[Solved] AirPlay 2 Not WorkingGetting a first hand on Apple AirPlay 2 can be full of AirPlay 2 not working errors. This page collects all sorted problems.

Copyright © 2023 Digiarty Software, Inc. All Rights Reserved.
5KPlayer & DearMob are brands of Digiarty Software, Inc. Any third party product names and trademarks used in this website are property of their respective owners. All the related logos and images, including but not limited to Apple's AirPlay®, Apple TV®, iPhone®, iPod®, iPad®, iTunes® and Mac® are registered trademarks of their own. Digiarty is not owned by or affiliated with Apple Inc. and any of those companies.