When our demand for video shooting and photography goes beyond air or a static state, GoPro camera might be the first tool we think of - shooting videos under water, in the space, during extreme sports etc. But you will always need an equivalent GoPro video player on PC to play back and show off those videos. GorPro video are generally saved in H.264 and H.265 MP4 format, a good GoPro player Windows 10 should 100% support these new codecs and format. Here we would like to list out 2 professional GoPro players for Windows 10 PC and Mac with reviews.

The highlight of Kolor GoPro VR Player is that it is a free 360 video player that can handle GoPro 360 videos. Though GOMPlayer/KMPlayer also supports interacting with 360 degree video, this VR player offers even better features like 360 live streaming. Kolor GoPro video player is supported by many bakends - VLC (3.0.0-git Vetinari), AV Foundation, DirectShow, WMF, to achieve image decoding, video decoding as well as 360 live streaming. 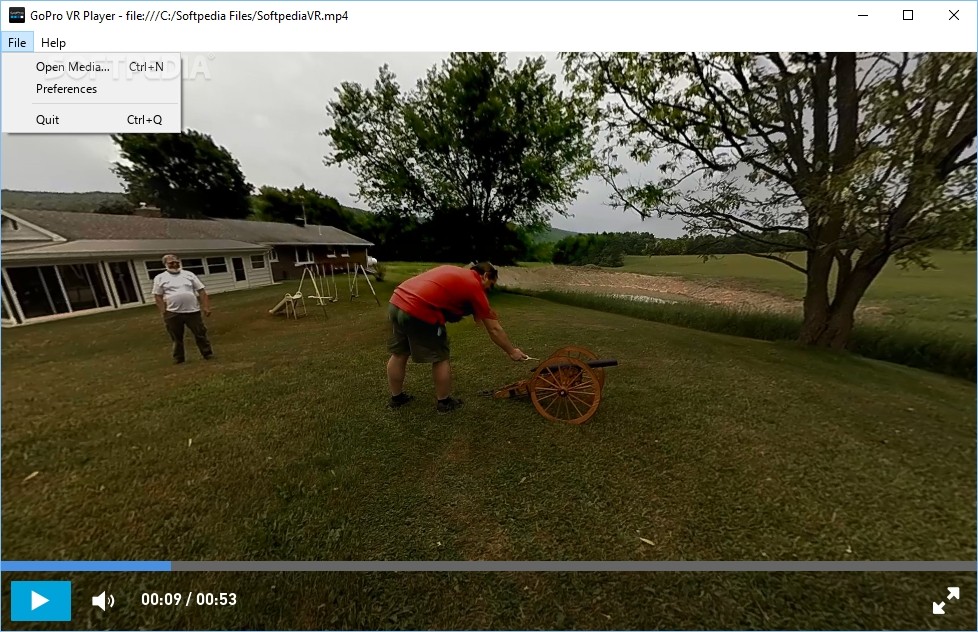 5KPlayer strives to forge itself as a professional UHD media player to support smooth playback of 10bit color depth, 4K and even 8K videos at 60 fps and more. It reads the latest video formats and codecs of UHD videos even in its raw format or incomplete/broken state. If you'd like to save those Gopro videos on VCD/CD/DVD discs, this GoPro video player also helps play back physical discs on computers without hiccups.

Step 1: Free download this free GoPro Player, install and launch it on your computer.