Stumbling upon a 3D Bluray movie recently, but your current video player just won't open it?
Probably you should switch to a 3D blu-ray player for Windows 10 that is able to play the famous new titles like Doctor Strange, Fantastic Beasts and Where to Find Them, or the rest of high quality 3D bluray movies. End your search now with this review of top 5 3D Bluray players that are safe and reliable!

How to Play 3D Blu-ray Videos in MTS M2TS? - You Need 5KPlayer

Online 3D bluray movies often come with the extension *mts/*m2ts. You'll need the free 5KPlayer to download movie files before watching them on a 3D bluray player Windows 10. One-click download online Blu-ray 3D movies by its URL, you can immediately access this free downloader through download button below.

The award-winning 5KPlayer comes as the NO.1 expected 3D Bluray player even for a media mogul.
Listed as one the best 3D video players, 5KPlayer has superseded the VLC media player and VLC for Windows 10 to be the most downloaded video player on Softonic in US.
With a feature-rich built-in codec pack, 5KPlayer supports the traditional 3D Bluray movie formats including MTS and M2TS in the first place, while also dishing a full catalogue of video codec supports to be an universal media player.

If you also intend to achieve Bluray 3D download, you won't go wrong with 5KPlayer. 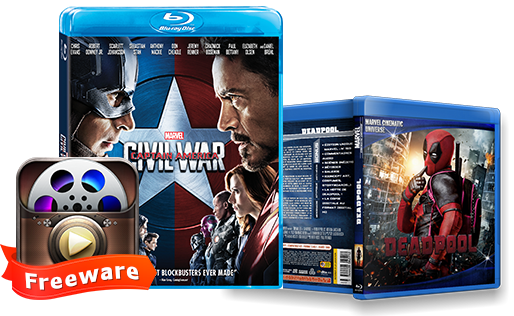 Compared to other 3D Blu-ray player software listed below, 5KPlayer stands out with credible performance on both Windows 10 and Mac Sierra. It's add-on feature to download online videos and AirPlay streaming helps to meet user demands for Audiovisual entertainment in one lightweight built.

It renders extra fun by downloading top 3D movies from a complete list of 3D movie websites. If you're already an advanced A-V audience with a lavish suite of home theater equipments at home, then it would be plenty of fun to put on your red-cyan glasses and stream 3D movies on TV. That been said, wait no time and start your 3D Bluray journey with this movie player!

Ad-free and cost you no penny, the PotPlayer with partial 3D Blu-ray support may likely gear to those who want a clean hand.

PotPlayer goes smoothly not only with 3D Blu-ray movies, but also HD videos (H.264, H.265) as well as ripped videos. It attracts users very much by the function of accessing HD videos wrapped-up in ZIP or RAR files.

As you may have noticed, some interaction features, such as BD-live is absent from PotPlayer, and that it won't download online videos like the free 5KPlayer, that's why we call it a "partial 3D Bluray player". Anyway, if you're interested in PotPlayer, the 3D Bluray feaures is not bad. 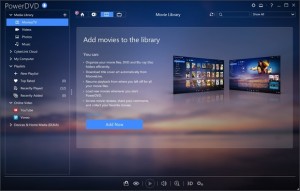 Cyberlink PowerDVD is another much-favored 3D Blu-ray player software. All Blu-ray 3D movies, be it from online movie websites, or a licensed physical copy, can sit through PowerDVD without hiccups. Just like 5KPlayer, PowerDVD is a 3D Bluray player featuring extensive format support: for MP4, MKV, MOV and AVI, it is also able to go up to play 4K videos.
Here's one highlight about this player that may impress you: the 3D Blu-ray live support, which means you can real-time share what you're watching from PowerDVD's SNS plug-ins, and also take a fresh bite on some special features of Bluray 3D movies that are not presented on the optical discs.
If this 3D Bluray player is your cup of tea, check out the PowerDVD coupon code to see if you can get the latest discount. 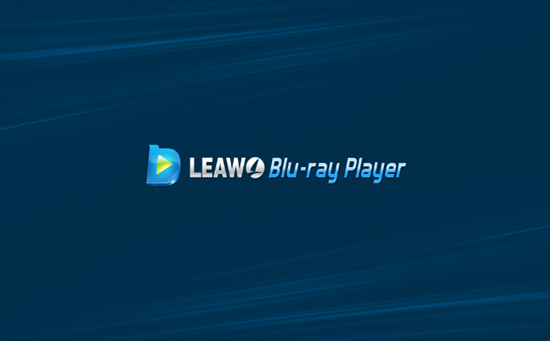 By and large, Leawo Blu-ray Player 1.3.0.45 is the least CPU-demanding 3D Blu-ray player of all, perhaps only second to 5KPlayer. Considering the high frame rate of 3D movies and its up-to-Bluray standard - hopefully 2160p 4K, it's indeed quite important to reasonably allot the use of CPU to your 3D-Bluray player software, otherwise all the rest applications might just crash. Fortunately, Leawo Blu-ray Player is one such option: It takes an average 4% of CPU when properly running, a performance just as sleek as 5KPlayer.
Fitting support for DVD, 3D Blu-ray and 4K movies into a freeware, we find the seldom advertisement in Leawo 3D Blu-ray player quite acceptable. Though the ad-free 5KPlayer is indeed a rather pleasant option, if you're good to go with ads, this is a viable option.

The most pricy piece of 3D Bluray player in today's recommendation, and it's definitely not an irrational inflation - SlySoft AnyDVD is a piece of 3D Blu-ray DVD player that can overcome the biggest gap between a physical 3D Bluray player and a software application: The Blu-ray DVD encryption. (We've not yet tested that though).
Namely AnyDVD HD lets you play any disc irrespective of its region code and without an HDCP-compliant graphics card or display.
It's available as a free trial for 21 days, but after that you'll have shell out the money for a full version, and price ranges depending on the time you plan to go with this Blu-ray 3D player software.

By calling a 3D movie as Blu-ray 3D, we refer to it that the producer put the 3D media content into a Blu-ray disc, a disc format that supersedes HD DVD with faster read-n-write speed thanks to the Blue laser it uses. That being said, a 3D Blue-ray player software will take the ability to play MTS videos and M2TS videos (the most common 3D Blu-ray video format). If we explore deeper, The Blu-ray Disc Association (BDA) has set up the standard for Blu-ray 3D specifications, requiring these videos to be in line with "Stereo High" profile defined by MVC - learn more about what is 3D.

Have you made up your mind yet as of which 3D Blu-ray player is your favorite? Please make your purchases via verified download websites like Softonic, or directly visit the official website of each video player.
But if you prefer the easy & lightweight free multimedia player - 5KPlayer, directly click to download it below!