Can't wait to join the football carnival 2018 in Russia? Before FIFA World Cup 2018 kicks off, let best FIFA theme songs inspire you and liven the whole summer of Russia in advance. Top FIFA World Cup theme songs MP3 MP4 are chosen here to make some noise for you, just wave your hands and shake your body, let's be a member of 2018 FIFA World Cup and cheer for your countries, favorite teams and players right now!

# Colors - Jason Derulo
Language: English
Type: Coca-Cola anthem for 2018 FIFA World Cup
MP3 MP4 Resource: https://www.youtube.com/watch?v=ir0G79oHXMc
After years of travel, Jason Derulo has seen the beauty of cultural differences and then he wrote Colors to celebrate the diversity. No matter what your color is, no matter who you are, you can enjoy this worldwide event at will. He is proud to offer this FIFA World Cup soundtrack to share with all of football fans and is also happy to hear that Coca-Cola had chosen this best FIFA song as its anthem for the upcoming 2018 FIFA World Cup in Russia.

# We Are One (Ole Ola) – Pitbull featuring Jennifer Lopez & Claudia Leitte
Language: English, Portuguese, Spanish
Type: The official 2014 Brazil FIFA World Cup theme song
MP3 MP4 Resource: https://www.youtube.com/watch?v=TGtWWb9emYI
"Put your flags up in the sky/And wave them side to side/Show the world where you're from/Show the world we are one". As the lyrics show, there is no color difference and no race diversity, we are in one love, one life and one world. Though 'We Are One' FIFA World Cup theme song was thought to be a flop for its downloads comparing to the 2010 FIFA World Cup official song 'Waka Waka' performed by Shakira with Freshlyground, its spirited, festive and catchy rhythm makes it one of the best FIFA World Cup songs.

Best FIFA World Cup Anthem MP3 Download
Just copy the MP3 audio URL from music sites like Soundcloud and paste it into 5KPlayer like what mentioned above, then 5KPlayer will allow you to directly free download best FIFA World songs MP3 AAC FLAC.

Notice: 5KPlayer enables you to create your favorite best FIFA songs playlist to play on Mac/PC as well.

How to Transfer Best FIFA Songs to iPhone & Set Ringtone?

After FIFA World Cup theme song download via 5KPlayer, you may be interested in transferring these kinds of best World Cup anthems to iPhone to enjoy on the go or make a ringtone to personalize your iPhone. And here is the best method.

Transfer Best FIFA Songs MP3 to iPhone
Step 1: Download DearMob iPhone Manager, install and launch it on your computer.
Step 2: USB-connect your iPhone to computer, tap Trust This Computer to continue if there is a message popping up on your device.
Step 3. Click on Music Manager icon on the main UI -> click Add Music -> choose the best FIFA World Cup songs you just downloaded.
Step 4. Click on Sync and then these best FIFA songs will be automatically transferred to your iPhone.

Make Best FIFA Songs Ringtone for iPhone
Keep your iPhone connected to computer and hover your mouse to the FIFA song you like most -> click on the Make Ringtone icon -> when a new window pops up, play the song and choose one part less than 40s -> click OK -> click Sync and then the newly-made best FIFA World Cup theme song ringtone will saved to your iPhone. 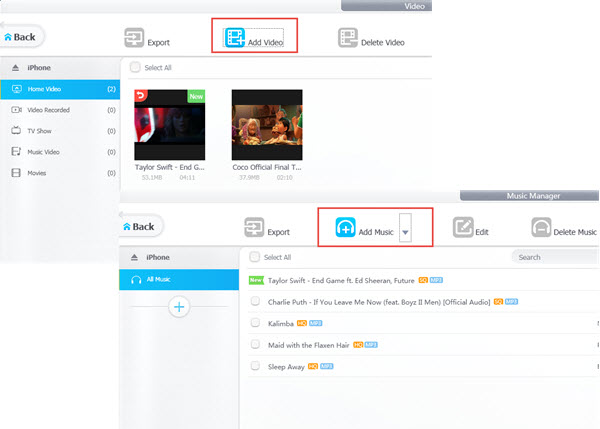 Best Football Songs Music DownloadWelcome to the best football songs download MP3 guide site where you could find various football/soccer music resources to download for appreciation on the go.