Staying at home, coca in hand, with the digital media player streaming your favorite TV shows on the TV display would be a great way to waste an afternoon. Does your TV set blend traditional programs with Internet content? Are you a cord-cutter or prefer a mixed ownership of both Netflix's on-demand and the cable TV services? Digital media players can easily bring the convenience of watching streaming content with a flexible schedule, if you're considering choosing a network digital player that can connect to TV, take a look at the options below:

Free | Turn Computer into A Digital Media Player with 5KPlayer!

Jump on the bandwagon of installing 5KPlayer to turn your computer into a digital media player! Easily stream YouTube, Vevo, Vimeo, and more movies, TV shows from computer (Windows 10) or Mac to Apple TV, this is a free digital media player software you won't regret downloading. 5KPlayer helps you:

Reviews： Apple's creative solution in integrating a digital media player based on its APP Store kingdom - virtually this provides a smooth transition for users who've been familiar with the iOS ecosystem for quite a period of time. With the intelligent assistant Siri, this digital media player allows to you voice and order like "play Captain America" and responds to it.

Aside from commonplace streaming platforms like Netflix, HBO GO and HBO Now, users with this digital player also obtain access to flexible sports live streaming, such as using the NBA and MLB APP to watching NBA playoffs on Apple TV. Apple TV's gaming profiles is less noteworthy, but it still has ample muscle for console games.

Reviews: This digital media player is probably the first and best for 4K HDR content - hence extremely suitable for customers picky about the scope of colors when watching videos from YouTube, Hulu, Netflix, and on top of all, games - NVIDIA is the best in category for PC-quality game streaming like GeForce NOW thanks of the NVIDIA GameStream technology: Games purchased (downloaded) from Google Play Store enjoy very smooth translation to this digital media player when connected to TV, providing game-console-like experience if you're to purchase this player for a family with game players and videophile.

Tips: The NVIDIA SHILED pack come with the digital player, remote, controller(if you choose the extra pack), power adapter and a charging cable, you'll need to prepare another HDMI cable to connect it to TV display.

Reviews: Another fast runner in 4K HDR video streaming is Google's top-of-the-line digital media player - Chromecast Ultra: Developed from its 2015 forerunner, this little gadget proves more streaming effective dished in the just-as-before lightweight built. Chromecastis invisible - when magnetically plugs in to the backend of your TV, it virtually works with all popular video streaming APP like YouTube, Vevo, ESPN , etc, with Amazon Instant Video an exception.

Though saving you a few more than the rest of digital media players recommended in this page, Chromecast Ultra is the only one without a real remote.

ReviewThe classical Amazon Fire TV, with upgraded features than the $39.99 Fire TV Stick, virtually offers more stable streaming performance, and a sweet uplift to play 4K Ultra HD content. This digital player leaves a blank microSD slot in case you're thinking of expanding storage in the future, and it also leaves Bluetooth connectivity for Fire TV Game Controller if you're thinking of upgrading the equipment.
Tip: Fire TV only connects to TV sets that support HDCP requirement, and you're suggested to check out the specs to see if it matches up with your TV. 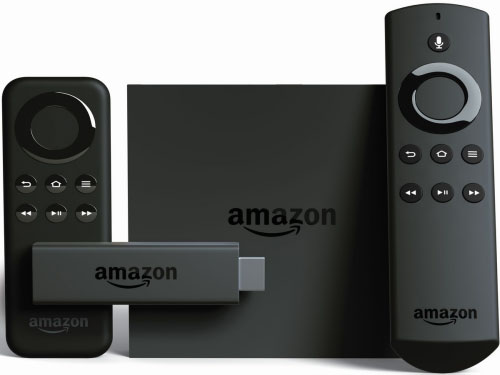 Review:Throughout Roku's complete lineup of digital media players we've come to this 2016 new member - Roku Streaming Stick 3rd-gen, a cost-effective choice if you don't have a 4K TV display.
Dongle or set-top box? Most customers come to this puzzle when first started to choose a digital media player, in that dongles virtually works less reliably than a robust smart TV box. But truth is Roku 3 works just as well as any streaming devices. 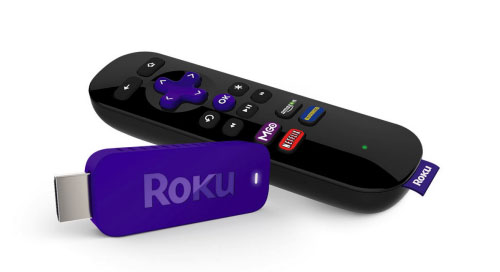 No.6 SkyStream One Streaming Media Player

Review:This brand-new gadget that only hit the shelf on February 2020 seems an inspiring and integrated solution for cord-cutters! The all-in support for Google Player Store and Amazon Underground excites us - honestly the largest profile among all digital media players available out there in the market, which means you can not only download Netflix, Hulu, HBO and Amazon Video for standard free online streaming, but also match up the extender with your existing cable service like WatchESPN, HBO GO, etc associated with the paid cable account. Developed by the XBMV/KODI team, SkyStream One is indeed a nice option for entertainment.

Copyright © 2020 DearMob, Inc. All Rights Reserved.
All other products or name brands are trademarks of their respective holders. All logos, trademarks and images relating to other companies that may be contained wherein are applied in the Internet that are not used for commercial use. DearMob's software is not developed by or affiliated with such companies.